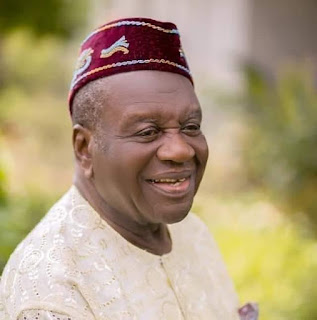 Billionaire businessman, Obong Akanimo Udofia, has paid glowing tributes to the former governor of Akwa Ibom State, Obong Victor Attah, while felicitating with the statesman  on his 83rd birthday.

Udofia, the GMD of Desicon Group, a global leader in oil and gas, described Obong Attah as a committed, selfless and patriotic leader who, as governor, stopped at nothing to fight for the welfare of his people.

He recalled that aside from his numerous contributions to nation building, Obong Attah laid a solid foundation for the eventual growth of the modern Akwa Ibom state as governor between 1999 and 2007.

“As governor, Obong Attah had a lofty vision for the state and pulled all the stops to ensure our glorious future. For instance, his invaluable role and its impact in the resource control struggle can never be forgotten. Indeed, our father, our icon, the Edwek Ekpe deserves all the accolades and appreciation we can give. He is truly the father of modern Akwa Ibom State” he said.

While praying God to grant the statesman more years ahead, Udofia added: “I wish him long life, good health and may God continue to honour him in his life time. May God continue to keep him to see what he started in Akwa Ibom State”.

Attah, an architect of note, fought passionately for the improved economic status of the Niger Delta through his resource control struggle, which pitched him against the federal authorities.

According to Udofia, Attah’s “brilliant and invaluable interventions in national discourses have been a source of pride to most of his admirers, of which I happen to be one. May God grant him more years to witness the imminent peak of the glory of Akwa Ibom State”, he added.