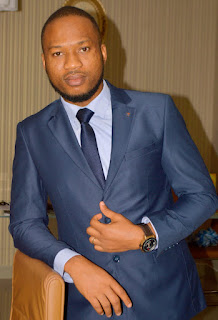 Overview Of: NIGERIAN COMMUNITY IN ANGOLA GETS NEW EXCO

As Ambassador Ekpong sues for coorperation

Members of the Nigerian Community Angola (NICA) have laid to rest the leadership tussle of the apex body of Nigerians residing in oil rich Angola.

The election held on Sunday, October 10, 2021 in Luanda was on the heels of the admonishing by the Nigerian Ambassador to Angola, Prof Monique Ekpong, to set up an Independent Electoral Commission (IEC) saddled with the responsibility to conduct a free and fair election.

Led by the chairman, Hon. Egwuatu Leonard, the IEC opened doors for expression of interest for available positions, among the offices contested for, only three (3) offices had 2 constestants; the office of the President, Secretary General and Financial Secretary, while the contestants for the other offices went unopposed.

One thousand, nine hundred and thirty seven (1937) voters were registered, while one thousand, one hundred and twelve (1112) voters were accredited for voting. The election lasted about 2 hours, the officials and the returning officers of two of the contestants witnessed the counting of votes in the presence of all observers, including representatives from the Nigerian embassy, eventually, Mr Ogbuka Obinna Anthony won the election for the seat of the President.

The representatives of the Nigerian Embassy, led by Mr Olufemi commended the election officials and electorates for their peaceful conduct and encouraged all to work together with the new executive in moving the community forward.

Below is list of elected officers for various offices;