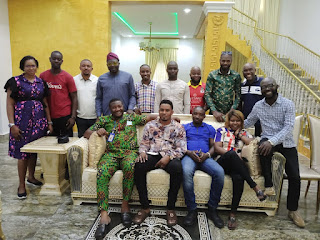 Crutech/Unicross Alumni had their national election on Saturday 23rd October 2021 and Mr Paul Adugba Agwu was elected National president in an election that witness massive turnout from members of the association.

Accreditation and voting started at exactly 8am after the welcome speech of the Electoral committee chairman Comrade Edmond Eyare. 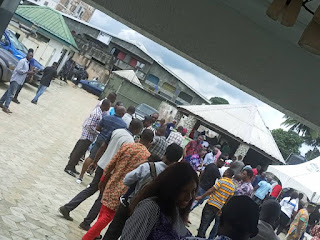 The hallmark of the event was the voluntary decision by a Presidential candidate, Bartholomew Edom who stepped for Paul Agwu, his opponent in the spirit of oneness and to further strengthen unity in the association.

It was a peaceful and hitch free exercise with heavy security presence. Representatives of the Inspector General of police, Commissioner of Police, AIG zone 6, departmentof state services, office of the state security officer, OC SIB and NSCDC were all on ground to witness the elections and report to their respective bosses. 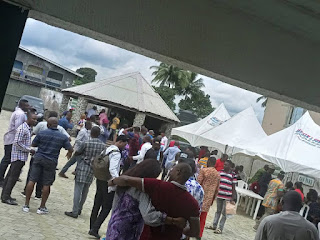 Voting ended and ballots counted at about 3pm. The elections results were declared by the committee Chairman.

The following were declared winners and returned elected into the various offices.

The new NEC of Crutech/Unicross alumni will pilot the affairs of the association for the next four years.

The President-elect in his victory speech told members to expect a new alumni that works for everyone. He called for the cooperation and support of all members in order to unite the association once again.

He stressed that all generations of graduates from the university will be represented in the management of the Association under his leadership.

He also thank the electoral committee for doing a deligent job. The President appreciated an elder statesman, Bartho Edom and all alumnus who found him worthy to represent them as the National President. He pledged to be open to receiving fresh and value adding ideas from all members for further the interest of the Association.