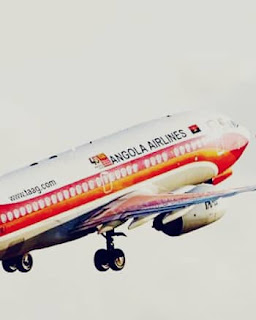 Nigerians have rained praises on the President of Nigeria, Muhammadu Buhari, his Angolan counterpart, President João Manuel Gonçalves Lourenço and the Nigerian Ambassador to Angola, Prof. Monique Ekpong for the relief brought by the restoration of direct flights from Angola to Nigeria.

The travelers who boarded the first flight on resumption of the route from Luanda, sent their good wishes in separate statements at the arrival wing of the Murtala Muhammed International Airport, Lagos as the TAAG Angolan aircraft made historic landing on Thursday, October 7, 2021.

The initially busy arrival wing was fast looking like a graveyard of sort, cab drivers and petty traders were already parking and packing for the day at about 11:28pm when the announcement was made of the arrival of the last flight for the night, the TAAG aircraft from Luanda, the Angolan capital.

The atmosphere was suddenly greeted with euphoria, as the TAAG Airline flight from Luanda touched down Lagos, the airline resumes flight to the Nigerian route following the presidential request made by the Ambassador of Nigeria to Angola, Her Excellency, Prof Monique Ekpong to enhance business and tourism between both countries.

Expressing their joy, some of the passengers spoke of the pains and high cost of traveling through Ethiopia to Nigeria before now.

One of them,who referred to himself as Ikenna Orji Ofotube (Auto De Zion) narrated how Nigerian businesses have suffered due to inadequate travel funds, He said the cost of flying directly is now four times lesser than what was being spent before.

Also speaking, another traveller, Samuel Chukwuebuka Ezeife in his statement prophesied of a boom to the Nigerian and Angolan economies, following the resumption of direct flights, he said with the affordable fare, many Angolans will now consider investing in Nigeria and vice versa. In his own remark, Obiora Chika Steven expressed excitement about the duration of the flight, as the journey which initially took two days due to the connecting route is now done in just three hours.

Prof Ekpong considers the restoration of direct flights from Angola to Nigeria as a positive development especially as regards millions of Nigerians/Angolans who ply the route weekly for both business & tourism.

Henceforth, there will now be flights from Angola to Nigeria every Monday with a return to Angola from Lagos on Tuesday.

Embassy of the Federal Republic of Nigeria, Angola.