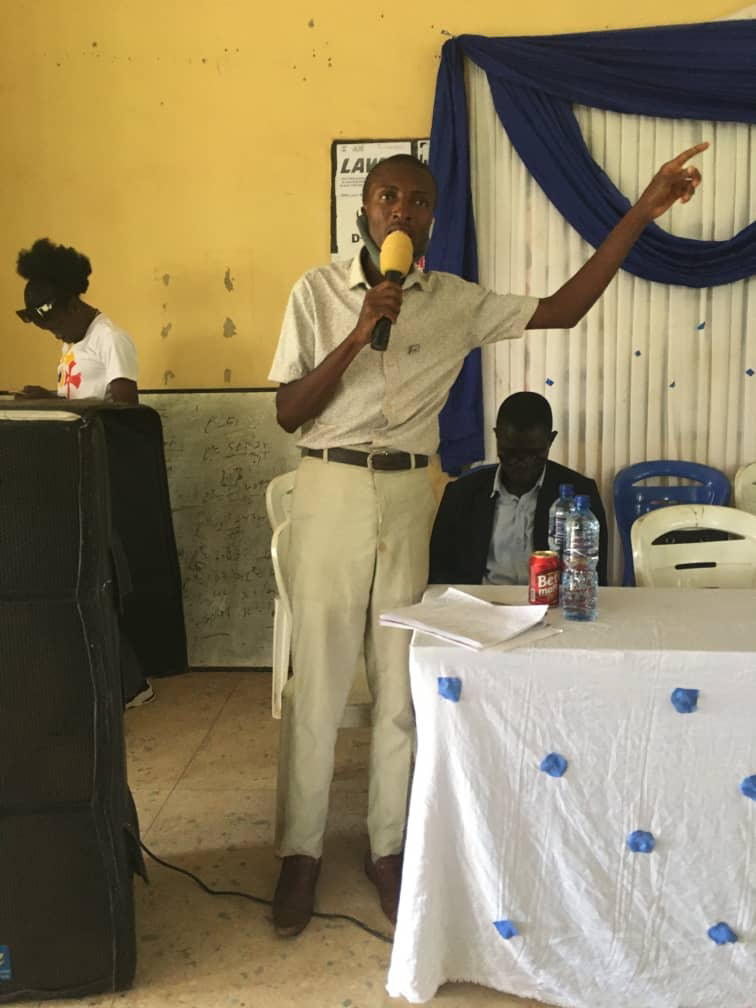 Napes president.
He welcome the students that are available warmly and he also tell them the main importance of the orientation program.
The first lecture was taken by one of the special guest in person of Mrs Ajibade the faculty officer of engineering faculty.

Faculty officer for faculty of engineering departments.
She lecture the students about there main focus in the school and also make them understand more about what to do to be excel in there academic sector and also advice them against joining any form of cultism in the campus.
The second lecture was taken by another guest in person of Mrs Engineer Olatunde

Apwen president
Engr Mrs Olatunde is the president of the well known association of the polytechnic engineering women(APWEN),she emphasize more on the females that are engineers,most problem they face in school and even outside school,she urge then not to relax and gave them different females engineers that they must emulate and not to use there life in a lifeless manner so as not to affect their future.she goes forward by telling them that they must be able to speak to the association whenever they are facing any difficulty in there various departments.
The third lecture was given by Engr Mrs A.Adedeji,the head of department of Mechantronics esaoke

Mechantronics h.o.d
She also give her lecture to the students by appreciating their efforts for attending the orientation program,she continues by telling them the danger in cheating in examination hall,she goes further by telling them the consequences if caught cheating during exam hall,which she advice them not to indulge in that kind of thing because it will damage the particular student educational career.

the student of the institution

Also the N.s.e president is also around at the orientation program in person of comrade Olakunle Toheeb

N.s.e president
The fourth lecture was taken by the director of Ict osunstate college of technology esaoke in person of Engr Oyeniran Rotimi.

ict director
He talk to the students about there various payment of all fee and also they should make sure the registered well because everything in the school is becoming computer base and he also urge them that they should be a computer learned because some of the school exam will be done in computer based test,so as not to fail,he urge them to be a computer learned .
Senators from the sug level are also around in the orientation program

s.u.g senators
Also a representative of the school entrepreneur is also available in person of Mr Oyeyemi seyi

He also talk about the importance of entrepreneur to the students.