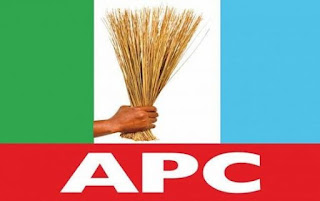 Overview Of: POLITICS: APC Reveals The Person Behind The Attack Of its Senatorial Candidate

The Kwara State Chapter of the All Progressives Congress (APC), has demanded the arrest of Senator Rafiu Ibrahim, representing Kwara South at the Senate for allegedly masterminding an attack on his opponent, Arc. Lola Ashiru in Saturday’s elections.

The party’s chairman in the state, Bashir Bolarinwa, made the demand at a press conference in Ilorin on Wednesday.

DAILY POST had reported that there was an attack on the campaign train of Ashiru on Tuesday in Ojoku, the home town of Sen. Ibrahim in Oyun local government area of the state.

Reacting, Bolarinwa said the attack was a premeditated one and that the attackers came not just to destroy the campaign but to assassinate the party’s candidate.

He explained that the policemen attached to the APC candidate tried to repel the attack on the campaign but they were overwhelmed by the People’s Democratic Party’s (PDP) thugs.

Bolarinwa said the APC candidate was whisked away by security men and was in hiding for over two hours before the security operatives regrouped and took control of the situation.

He said two persons have died as a result of the attack on Tuesday’s incident.

He said some of the injured are still under intensive care.

“We are reliably informed that the attack was allegedly coordinated by the PDP Kwara South Senatorial candidate, Sen. Rafiu Ibrahim.

“We are calling on security agencies to immediately arrest the perpetrators of the violence at Ojoku and bring them to justice.

“In particular, we demand the immediate arrest and prosecution of alleged coordinator of the violence, Sen. Rafiu Ibrahim.

“We are also appealing to security agencies to arrest thugs and criminals across the state, so that they will not disrupt Saturday’s elections and subsequent ones” NAN quoted him as saying.

He appealed to the security agencies to rid the state of thugs so that the people of the state can come out to exercise their franchise on Saturday and provide level playing grounds for all the parties.

The chairman appealed to party supporters to remain calm in spite of the desperation of the PDP.

He called on the party’s supporters to revenge with their votes by coming out in large numbers to punish PDP at the polls on Saturday.